Take a look at the new blog post written by our temporary intern, Sean O’Reilly. Sean joined i-Believe for a week as part of his work experience for transition year and was a timely reminder of how old we feel in the office. We found Sean to be a great addition, very sociable, quick to learn and scarily tall for a 16-year-old. Sean endeared himself to the i-Believe team with a box of Heroes on his last day which was promptly demolished by the i-Believers in record time. 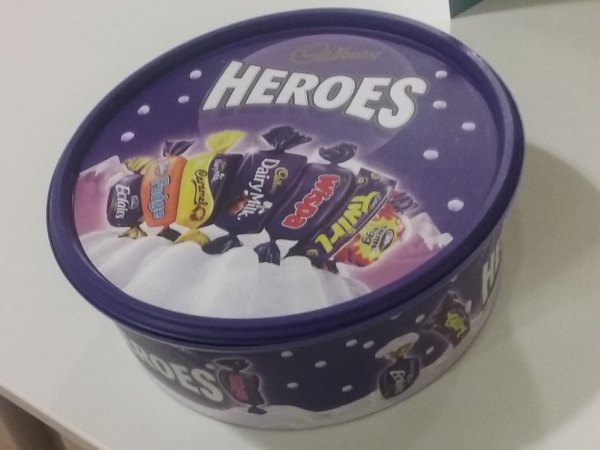 As part of his time here, we asked Sean to write a blog post on his experience with i-Believe over the course of the week…

i-Believe is an independent Irish Digital Media Sales Agency focused on driving advertising revenues for a number of digital publishers. Co-founded in 2008 by Dermot O’Reilly and Lee Thompson, i-Believe has expanded its range of premium publishers from a handful of sites to over 50 online publishers across a range of channels including parenting, sports, entertainment and business. i-Believe is responsible for the online advertising of some of Ireland’s leading digital publishers including Schooldays, Hoganstand, Bonkers.ie, Irish Rugby and the Economist.

What I Learned at i-Believe

In a general sense, my aim for my work experience in i-Believe was to learn about the various aspects and processes behind digital marketing, with a particular focus on social media and web design. I wanted to end my week having learned as much as I could in a short space of time.

With that in mind, I began the week learning and working on the social media based aspects of the company. I observed the various websites and sources the Content Executive, Mark, used to curate marketing news and articles to post across the various social media channels. I was shown the basics around the various Social Media tools used by the company to post and schedule social updates including Hootsuite, Tweetdeck, Twitshot and Feedly.

I was then shown the types of news and articles went on each channel while also seeing how to properly format posts and images across the different channels. During the week, I then helped Mark gather and post the latest and most interesting marketing news across the company’s social platforms while also assisting in the community management of the channels.

After getting a grasp of the social media aspects of the company, I was then shown the basics of web design as Mark gave me an overview of how to navigate WordPress and the back end of the company websites. The work required to change something on the back-end of a site was surprising to me, but I slowly got the hang of it. The company were about to launch a new company called Sing! which meant I was lucky enough to see all the design work that went into launching a new website.

Besides learning about Social Media and Web Design, I was kept busy with a number of odd jobs over the week that helped give me a better understanding of Digital Marketing. On a day to day basis, I helped the Sales Manager gather screenshots of live campaigns that were then sent onto the client.

The two Directors, Dermot and Lee, also had me help build up a leads list. This meant I noted down any display ads running on certain publisher sites for the directors so they could see whether certain ad campaigns were running on their competitor’s sites but not theirs. This allowed them to gather an overview of what their competitors were doing and to react accordingly.

Overall, during the week I was kept very busy and I learned exactly what I wanted to learn and then some. A big thanks to all the i-Believe crew who made me feel very welcome and were more than helpful. Happy to know the Heroes went down well.

“i-Believe were a start up company when we appointed them as our agency. We were impressed with them from the first meeting and they have delivered on all the promises made.
They have understood exactly the need of the IRFU to balance commercial imperatives with the promotion of the game. We are extremely satisfied with the service to date and look forward to a mutually beneficial relationship”

You can find out more about which cookies we are using or switch them off in settings.

Cookies are small packets of information stored by your web browser when you visit certain websites, including our website. Cookies are generally used by websites to improve your user experience by enabling that website to ‘remember’ you, either strictly for the duration of your visit (using a “Session” cookie which is erased when you close your browser) or for repeat visits (using a “Permanent” cookie).

We do not use cookies to store any personally identifiable information about you.

You can adjust all of your cookie settings by navigating the tabs on the left hand side.

These cookies are essential in order to enable you to move around the site and use its features. Without these cookies, services like enabling appropriate content based on your type of device cannot be provided.

If you disable this cookie, we will not be able to save your preferences. This means that every time you visit this website you will need to enable or disable cookies again.

This website uses Google Analytics to collect anonymous information such as the number of visitors to the site, and the most popular pages.

Please enable Strictly Necessary Cookies first so that we can save your preferences!

Please enable Strictly Necessary Cookies first so that we can save your preferences!